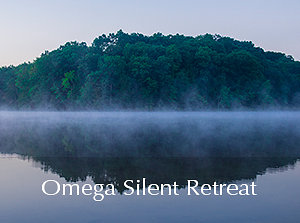 Topics Include: Claim the Present / Global Attention / Resting In and Down Energetically / Transformational Inquiry / The Power of Bringing Emotions Close / The Art of Inquiry / The Masculine and Feminine Forms of Inquiry / Limitless Spirit in Limited Form / The Awareness that's Never Lost / Removing the Experiencer / Being with Constant Anxiety / Becoming Grace Prone / Allowing the Heart to Break

“The deepest inquiry is not answered in our mind but by still silence.”

“Enlightenment is an expression of what is here in this moment. Suspend the 'gain it' notion.”

“There is an aspect of our true nature that facilitates the harmonizing and dissolution of the sense of separation, and it saturates us with presence and well-being.”

“Stillness is the elixir of realization.”

“In doing inquiry, you’re not imposing a question, just inviting it to flower.”

“The more we’re willing not to know, the more authentic we are.”

“The knowledge of our nature as consciousness does not give us a free pass from pain and suffering.”

“Traumas can make people extremely eager to remain in the transcendent state.”

“Our nature is that which has never been harmed.”

"Enlightenment is ultimately the expression of what we are."

"That's what emotions want -- to be allowed and to be seen. When we live life in a conscious way, it allows them to dance their dance."