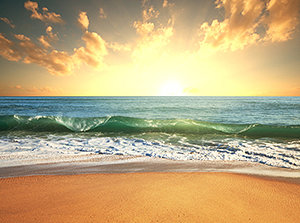 Awareness of being has two extraordinary capacities. It has the capacity to express as attention that is "zoomed in", narrowed by focus or identification, and the capacity to express as attention that is "zoomed out", capable of recognizing its eternal nature, which is not defined by the particulars of the finite self. When identification with the sense of central self gives way, awareness expresses freely as the ebb and flow of finite and infinite. Through a guided meditation, talk, and dialogues selected from her 2014 Vancouver satsangs, Mukti illuminates the transformative power of this ebb and flow of awareness as she responds to questions about illness, terror, resistance, getting lost in projection, and relating to others.

Topics Include:  An Acceptance Beyond Letting Things Be / How Opposites Are the Same / That Which Is Incapable of Resisting / The Zooming In & Out of Attention / The Power of Acknowledging What's True / The Healing Touch of Attention / Harmonizing Qualities of Beingness / What Really Is This "I"? / The Attention Elevator / Transmuting Terror Energy / What Drives the Desire to Stay Conscious?

Quotes from this Download Set: “When awareness is developed in the region of the head, there’s this propensity to see that nothing matters. But when the same awareness drops into the heart, then everything matters. And when it drops into the hara, it’s silent. It doesn’t take sides. It’s not about mattering or not mattering -- it’s more about isness.” • “There can be the sense of someone being aware of awareness that’s different than awareness being aware of itself.” • "The more you rest in 'I am' the more you sense 'I am not.'" • "The infinite needs the finite to know itself in the world."