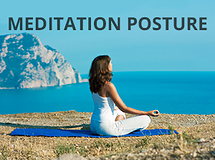 Exploring Meditation PostureVIDEO
Like
×
What Part Can Meditation Play in Self-Realization?
From: Mukti's Introductory Teachings
Loading the player... 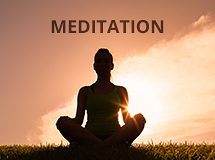 What Part Can Meditation Play in Self-Realization?VIDEO 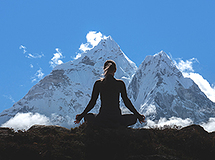 The Forever Season of Return

Life is full of twists and turns, falls and crescendos. Even in meditation, one can be faced with a myriad of movements of body and mind, and surfacing emotions or gifts of grace. Born into this world of time and space, we are spatial beings, and we regularly sense for direction and most certainly place . . . for ourselves and nearly all we encounter. When I first heard that to come upon the liberated state was to move beyond the duality of referencing subject and object, I wondered if it was even possible. As I gave time to meditation and my mind began to quiet enough that my powers of observing became clearer, I noticed the initial motions of my thinking mind moving toward the back of my head with thoughts about the past and moving forward with thoughts about the future. I’d observe other consistent spatial pathways, such as movements of mind upward when daydreaming and downward when becoming sleepy. With each movement of mind, my inner gaze—or spotlight of attention—would follow.

At first I would give these movements of mind and attention free reign, intuiting that to resist them would not be conducive to peace. I could feel that holding the body aligned in meditation posture was helping align even the movements of mind. Even so, the movements continued to map thought and experience in a multitude of directions, seeking place, order and understanding for each.

It was the times when I gave the inner gaze a place of its own that peace became more potent. As one to experiment, I’d direct my inner gaze simply forward, at the level one might look out at a vista on the horizon, yet with eyes closed. At other times, I would hold my inner gaze at the third eye. I have also meditated with my eyes open and my gaze toward the distant floor beyond the tip of my nose, as instructed in Zen. In each case I would practice zero strain and repeatedly return when my mind and gaze would wander. Each approach offered nuances of change in the state of body-mind consciousness.

With my body and gaze learning sense of place in meditation, my attention needed the same sense. As I would listen and register the world around me, my attention would slow and unfurl from tracking objects, as it realized it did not have to place them at a spatial distance or outside itself. It began to sense self as unboundaried awareness, an awareness in which the surroundings arise. It began to sense that it need not work so hard to reference all things as objects because it could express as the primary object of aware space in which all things appear.

Meditation has now become a forum to recognize the moment’s pristine simplicity. Even the movements of mind and body notice the peace of this simplicity in contrast to the contractions and complexity of patterning to which they had become habituated in their less conscious states.

This simplicity is available to you now, as ever. It is not of subject or object, although one might say it is of both. Above all, no conclusion or words are needed when the referencing of mind and body settle into simplicity, for in simplicity all find true return. 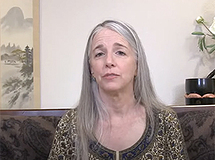 Exercising Our Depth VIDEO
Like
×
A Zeal for Living
From: A Turn of Attention
Loading the player... 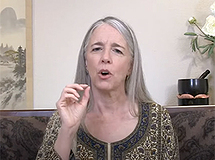 A Zeal for Living VIDEO
Like
×
A Beseeching Prayer
From: A Heart for What Is
Loading the player... 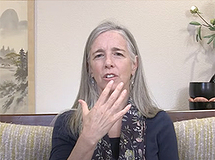 A Beseeching Prayer VIDEO
Like
×
The Habit to Grasp
From: A Heart for What Is
Loading the player... 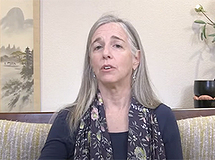 The Habit to Grasp VIDEO
Like
×
Mind’s Relationship with Time
From: Within Possibility, Possibility Within
Loading the player...

Mind’s Relationship with Time VIDEO
Like
×
Beyond Here and Now
From: Within Possibility, Possibility Within
Loading the player... 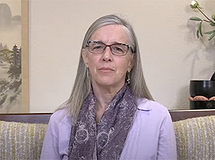 Beyond Here and Now VIDEO